Our latest newsletter and press articles

The Textile and Design Lab is launching its pilot Print Design Bureau in June and is inviting AUT students, both past and present, to submit their textile print designs to the lab, which will in turn be offered for sale via the TDL website.  The bureau will create opportunities for our students and former graduates to showcase some of their amazing work and capitalise on the designs that they created during the course of their studies.

Interested students and recent graduates should email tdl@aut.ac.nz to find out how to participate in this initiative.

‘The course was developed in response to feedback that we have received from participants at our other courses and workshops during the last few years and highlights the growing need for knowledge around off-shore sourcing’, says TDL manager, Peter Heslop.

‘We are very fortunate to have been introduced to workshop presenter, Colleen Ahalt-Eagle, several months’ ago. Colleen has a wealth of experience in this field having worked for several large retailers in the US and New Zealand including JC Penney and Kathmandu, and we’re delighted that she accepted our offer to share her knowledge here at AUT’, he adds.

The next course will be held in September.

The bootcamp was aimed specifically at users of digital printing technology for textiles and other substrates, all of whom face similar challenges whilst working in what is still a relatively young industry sector. It is the lab’s intention to introduce a more technically focused digital textile printing workshop later this year.

During his time in the US, he took the opportunity to meet with fellow Kiwi, Paul Montgomery, at Nike's research and development centre in Portland, where he was given a guided tour of the company's impressive headquarters. 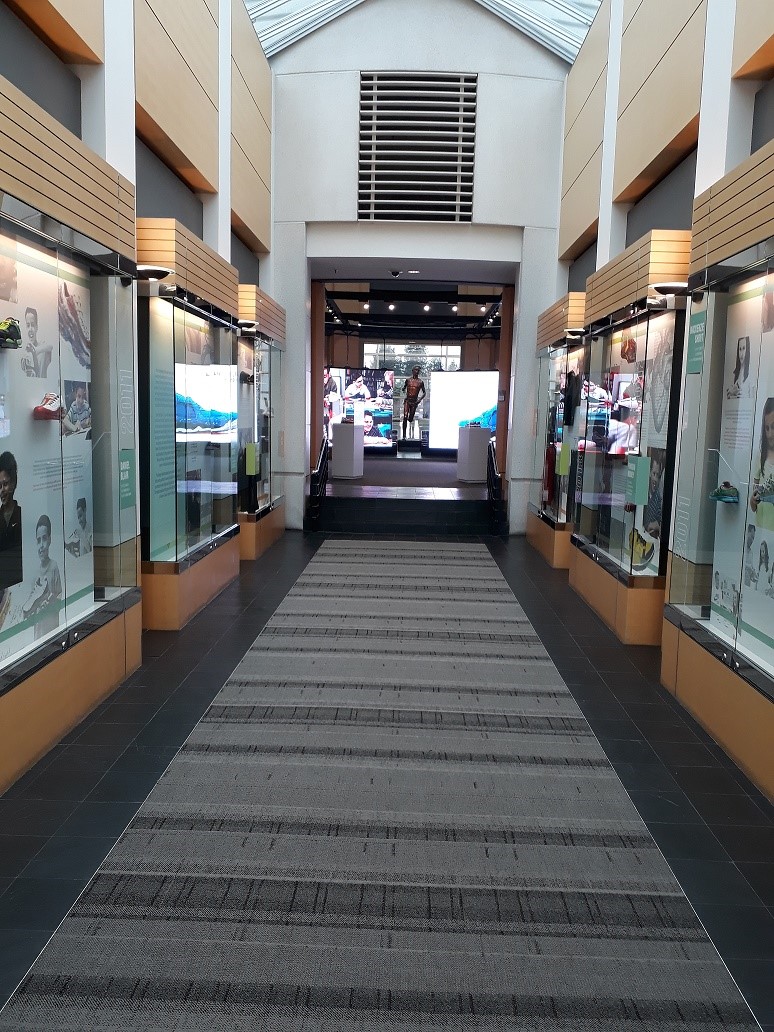 He also had meetings with Jamie McLellan, Head of Design at Allbirds, and AUT Textile Design graduate, April Gourdie, who has been with the company for the last 18 months. He also met with one of the lab's fabric suppliers, Jacquard Inkjet Fabrics in Healdsburg.

‘This part of the design system has been developed extensively during the last 12 months’, says Alysha.

'It can also be used in conjunction with the PGM programme for pattern making, grading and marking’, she says.

Alysha will be working with the lab over the coming months to develop a 3D visualisation short course aimed at benefiting those in apparel design and development roles.

The Textile and Design Lab has been approached by several local and overseas artists to create a number of digitally printed artworks for their exhibits at the upcoming Auckland Art Fair that runs from 1-5 May at The Cloud.

Read more about this event.

Dates have been announced for our next round of short courses and workshops, which will be held in July and September.  Our E-Textile workshops have been redeveloped into a modular format and will consist of half-day introductory level and 1-day intermediate level workshops.

Subscribe to our newsletter and get the latest news, events and course information from the TDL.