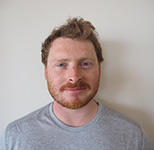 Colin Anderson graduated with his Bachelor of Creative Technologies Degree at the end of 2018 and has subsequently progressed to study towards a master’s degree in the same field. His undergraduate project focused on the development of a smart wearable compression garment that analyses the wearer’s posture and provides customised vibrational prompts to correct it should that be required. Colin’s ‘Physiowear’ shorts were developed with the support of the lab’s Senior Technician, Gordon Fraser, who created a programme to enable him to knit the integrated circuitry and sensors into prototype garments using silver coated yarn.

It was the lab that first introduced Colin to the concept of machine knitted textiles and garments with integrated electronics. He subsequently worked with Gordon for the duration of his undergraduate studies during which time numerous prototypes were produced using a range of knitted structures and yarns. ‘Gordon’s experience was invaluable in enlightening me about the opportunities that e-textiles can offer”, he says.

Colin’s newfound knowledge and resultant prototypes prompted him to enter his ‘Physiowear’ shorts into the 2019 Best Awards at which he was a finalist. Prior to that, he was also a finalist in the 2017 X Challenge, an entrepreneurial competition for AUT students. He has subsequently worked on an IBTech funded medical research project alongside
researchers in the School of Engineering. At the end of 2019 he will take up a summer internship with Auckland based clean air technology company, Lanaco. 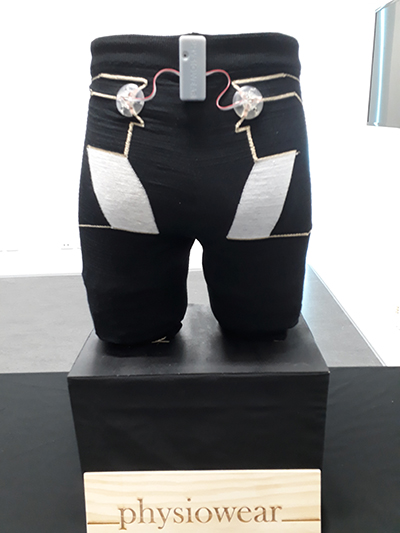 His longer-term aim is to work in the wearable technologies field in which he can develop novel ideas and technologies. ‘The Textile and Design Lab has introduced me to a whole new field that I was previously unaware of’, says Colin. ‘It has offered me the opportunity to develop my understanding of smart textiles and hopefully pursue a career in this area’.