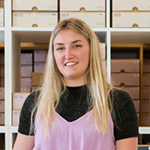 April Gourdie graduated from AUT in December 2017 with a Bachelor of Design (Textiles) degree. Her main area of focus was knitting in which she learned the Shima Seiki programming software and machine set up and operation. For the concept exploration for her projects, she investigated nostalgia and digital immersion. ‘I experimented with different drawing styles and transitioned this exploration into Google Tilt Brush, drawing in virtual reality, to play with dimensionality. This was then reinterpreted through knitting, in the form of jacquard knits’, says April.

April studied under the tutorship of Mandy Smith, Rachelle Moore and Anne Lohrentz, who helped guide her conceptual, design and technical development hugely. Peter Heslop and Gordon Fraser from the Textile and Design Lab (TDL) were also instrumental in helping her to explore new technical areas of textiles. ‘Gordon was particularly incredible in taking time to teach me the Shima Seiki software and explaining how the machinery worked’, she says.

‘I spent most of my time at the TDL, working on the knit machines to develop all of my project work whilst developing my technical skills with Gordon’, says April. She recognises the benefit of students of being able to freely access both expertise and technology, which enables them to optimise their learning experiences.

During her final year, April did an internship with Auckland knitwear manufacturer, Private Collection, which gave her valuable exposure to the fashion knitwear sector. She was also successful in attaining two additional internships, the first of which was with Fisher and Paykel Healthcare, where she gained experience in the product design team for the Obstructive Sleep Apnea Department. That was followed up with an extended internship with Allbirds in San Francisco, where she was given the opportunity to explore knitting, textiles and material development for footwear.

Amongst all the above, April found time to enter her knitwear collection into the iD Emerging Designer Awards at which she won the Viva Editorial Prize. ‘These experiences have all been incredible in exposing me to different areas in which knit technology is currently being used to create products in new and innovative ways’, says April.

The skills that she has learnt, particularly regarding knitting, have created many opportunities for her. ‘It is often these kinds of skills that can set you apart from others. You might not necessarily be using these skills directly all the time but having the basic knowledge and awareness of what’s possible with knit technology has been hugely helpful’, says April. 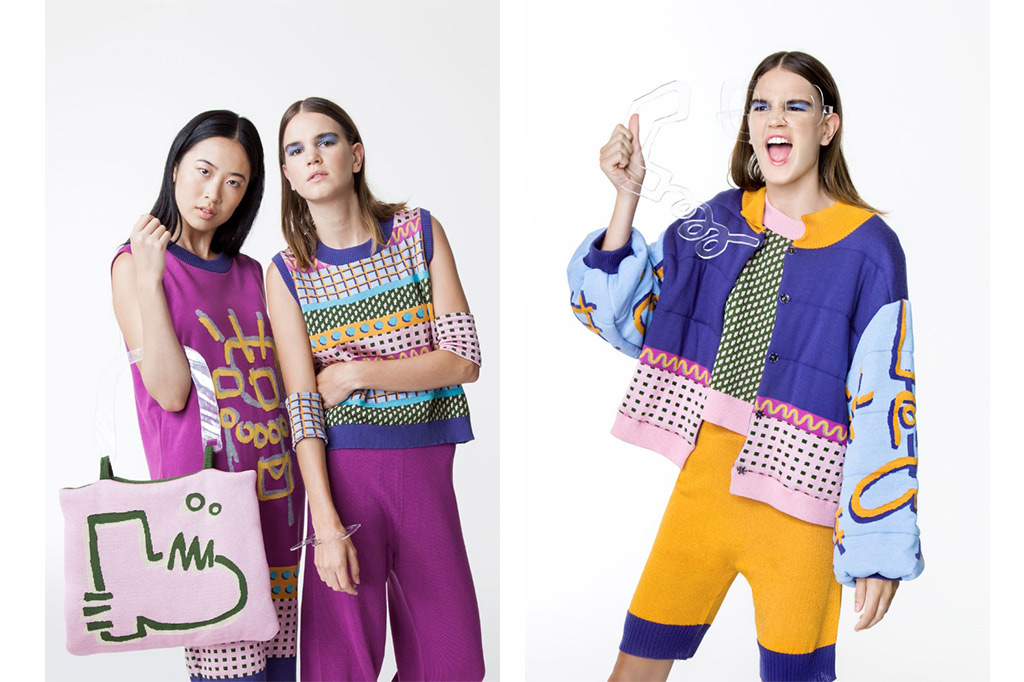 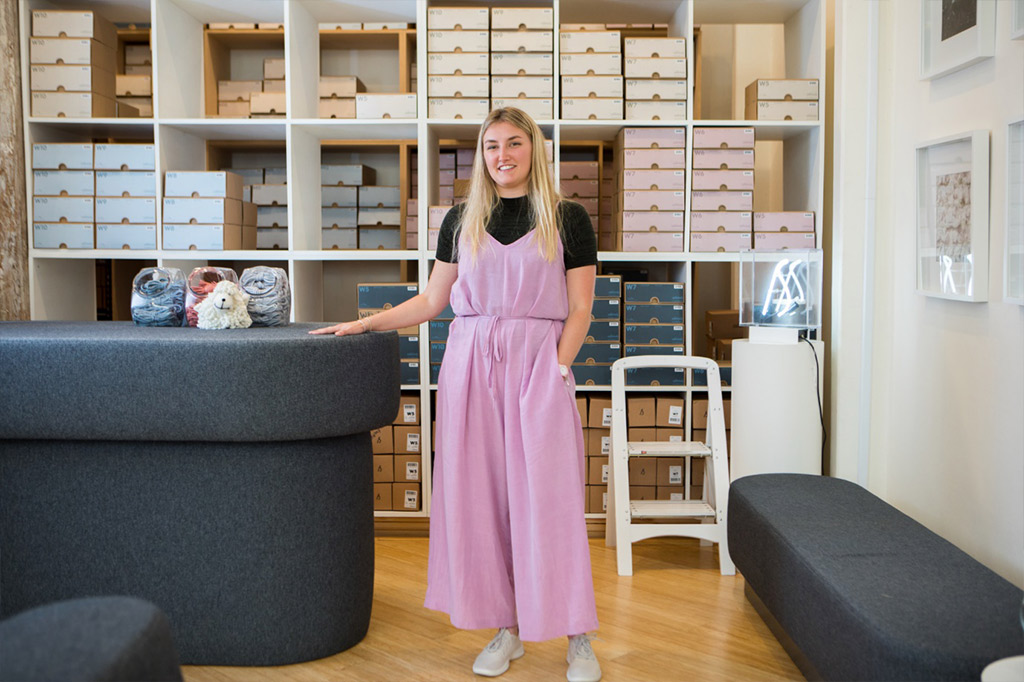 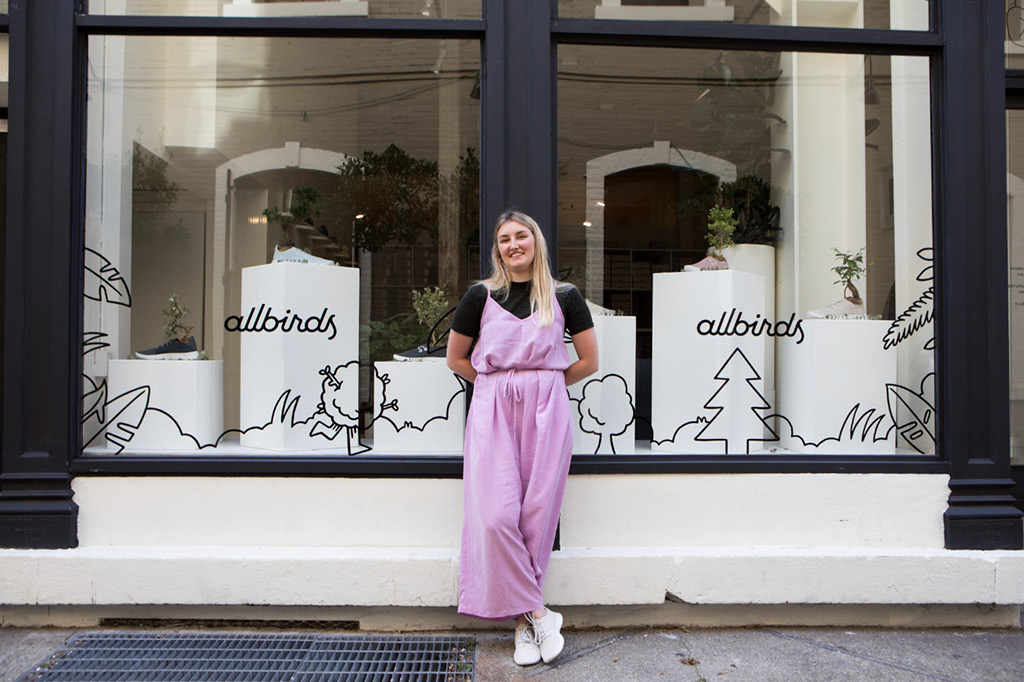 Interning at Allbirds in San Francisco: Photography by Anne Hamersky